Boone Saloon was born from a desperate need for a watering-hole that was geared for full grown adults. Sure the college kids would come - we are a college town after all. But, we needed a comfortable, clean place where conversation was revered, quality service and food was appreciated, and style was a heavy consideration.

We started with an old white oak tree that we carved out to be the 25 foot, live edge, bar. Then we tore down all the sheetrock and drop ceilings, ripped up the carpet, and let the building show itself. After we built the stage, installed the jukeboxes, added two pool tables, several pinball machines and a full Game Changer Arcade downstairs, and built the Big Deck outside, we were ready to go.

On Feb 25th, 2004 we opened for business. We’re the original soccer destination of the High Country (no NASCAR, no MMA fights). By 2005, we began the now institutionalized ‘Taco Tuesday’, which has spurred the economic fortune of many other neighboring restaurants who have flattered us with mimicry. We’re big fans of tasty craft beers as well as cheap yellow beer. In fact, we showcase a hard-to-find specialty keg every Wednesday, aka ‘1 Keg Wed’. 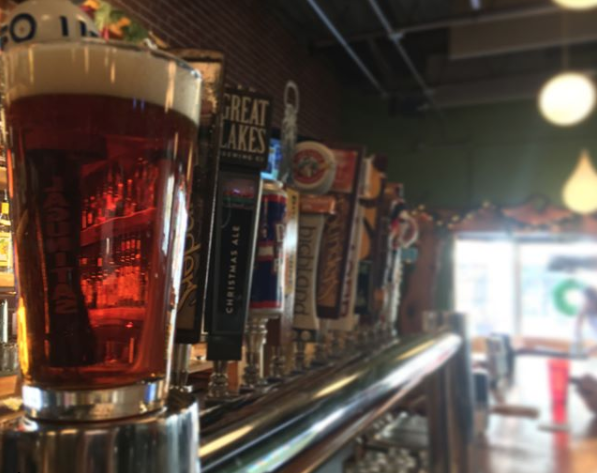 After a few years it was time to test the waters that many before us had drown in. We attempted to legalize liquor by the drink in Boone. Many told us that we’d fail, but when you’re a fearless visionary, you’ve heard that all your life. And, lo and behold, in August of 2008, we conquered our foes, and for that reason, the liquor has been pouring steadily.

Now that we had the fix-ins for Bloody Mary’s, we opened for Sunday Brunch. We call it ‘Dunch’ because we open at 11:00am. We’ve been serving up shrimp and grits, crab cake Benedict, and other culinary delights every Sunday since - Show up early!